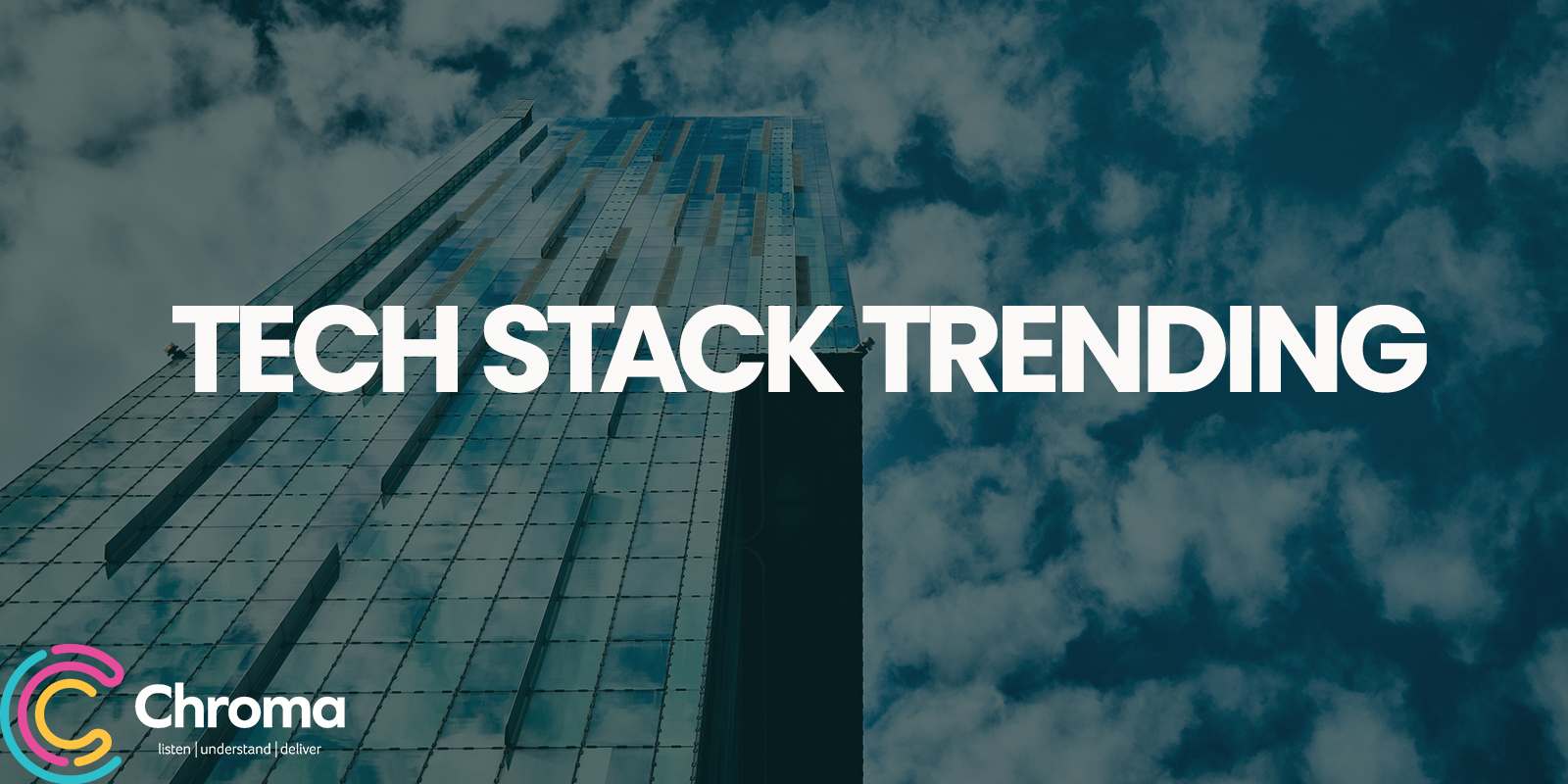 As you might know by now, here at Chroma we recently released a survey to find out what’s going on with developers in the Manchester tech scene. We are now releasing these as a series of blogs, and we’re interested to hear if you agree with what we’ve uncovered!

Which languages are on the up, and which have levelled out?

Looking at our results, it’s Javascript that has really come out on top, with 62% of respondents using it regularly as part of their tech stack. PHP is also hugely popular, used by 53% of surveyed developers.

Next down the line is C# / .net, but with less than half the users of the two most popular languages, it’s quite a way down the line.

Languages such as Python (8%) and Ruby (3%) appear to remain a more ‘niche’ field, specific to certain functions and organisations. “Other” popular languages included HTML, CSS and Swift.

When examining the languages developers would most like to learn/improve in the next 12 months, we saw some similar trends, but also some obvious differences.

Javascript remains the most popular, mentioned by 42% of respondents as a desirable tech stack. However, PHP was noticeably less popular than in the original question, with only 21% citing it as a technology they wanted to develop.

We found that Javascript frameworks such as Node, Express and Angular were particularly popular in this category, underlining the importance of Javascript moving forwards in the development world. Swift also ranked very highly, as iOS development continues to boom in popularity.

One of our other ‘high climbers’ was Ruby, which is sought after by 12% of our respondents, compared to the 3% who are currently using it.

Does the future actually belong to Open Source, or is it App Development where the real excitement lies? We’d love to get your thoughts, and let’s see what the next 12 months really brings!