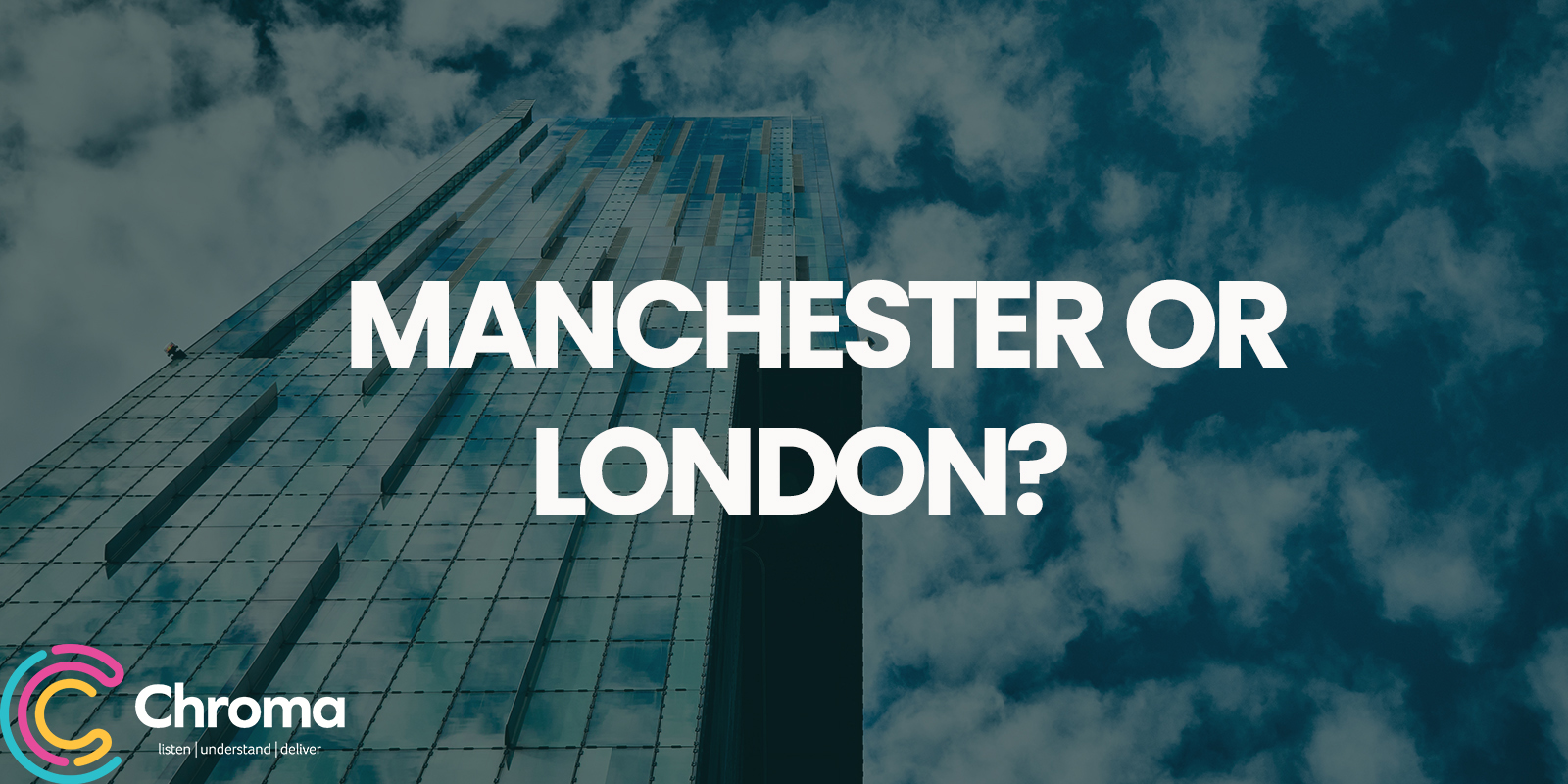 During my day, I have numerous conversations with people in the tech industry from a range of ages, backgrounds and skill levels. I was speaking to a senior JavaScript contractor this week who was about to finish a lucrative project at a Fintech start up in London. To my surprise, he went on to tell me that he had been offered an extension but chose not to take it as he felt he’d be better off moving back to Manchester by the time he had considered the cost of travel, rent and general living expenses in the capital. This got me thinking about the subject and I started to look at the numbers. As always, I hope you enjoy this blog and I’d love to hear your views on the subject.

So, when it comes to salaries we have a clear winner, but what about when we start to look at the cost of living? I used Numbeo to compare the two cities and various day to day expenses. As you can clearly see Manchester wins this round, with the cost of renting a one bedroom apartment a whopping 60% lower.

Using my GCSE math’s skills, I worked out that you would need to earn £2877 after tax in Manchester to maintain the same standard of life you can have living in London earning £4,500 (assuming you rent an average one bed apartment in both cities)

Number of Jobs Vs Candidates

But before you all start packing your bags and head for the land of chips and gravy it’s worth looking at your chances of finding employment in the two cities. For this I used a non-scientific method and logged onto the recruiter’s oldest friend- jobsite. This is where the sheer size and population of London wins over Manchester with 2390 software developer positions currently live against a paltry 565 within a 20-mile radius of Manchester. This is backed up by a recent report by government quango Tech City UK that highlighted just how dominant it felt the tech scene in London is when it listed it’s 33 UK startups set for stardom in 2017, of the 33 chosen, only 7 were outside London with only DueCourse flying the flag for Manchester. That said there’s less competition for these roles in Manchester with only 4543 people identifying themselves as software developers as opposed to 28849 in London.

We’ll be running some surveys this year to look into this in a bit more detail and be publishing our findings. If you’re interested in the tech scene in the UK look at our twitter site or follow us on LinkedIn