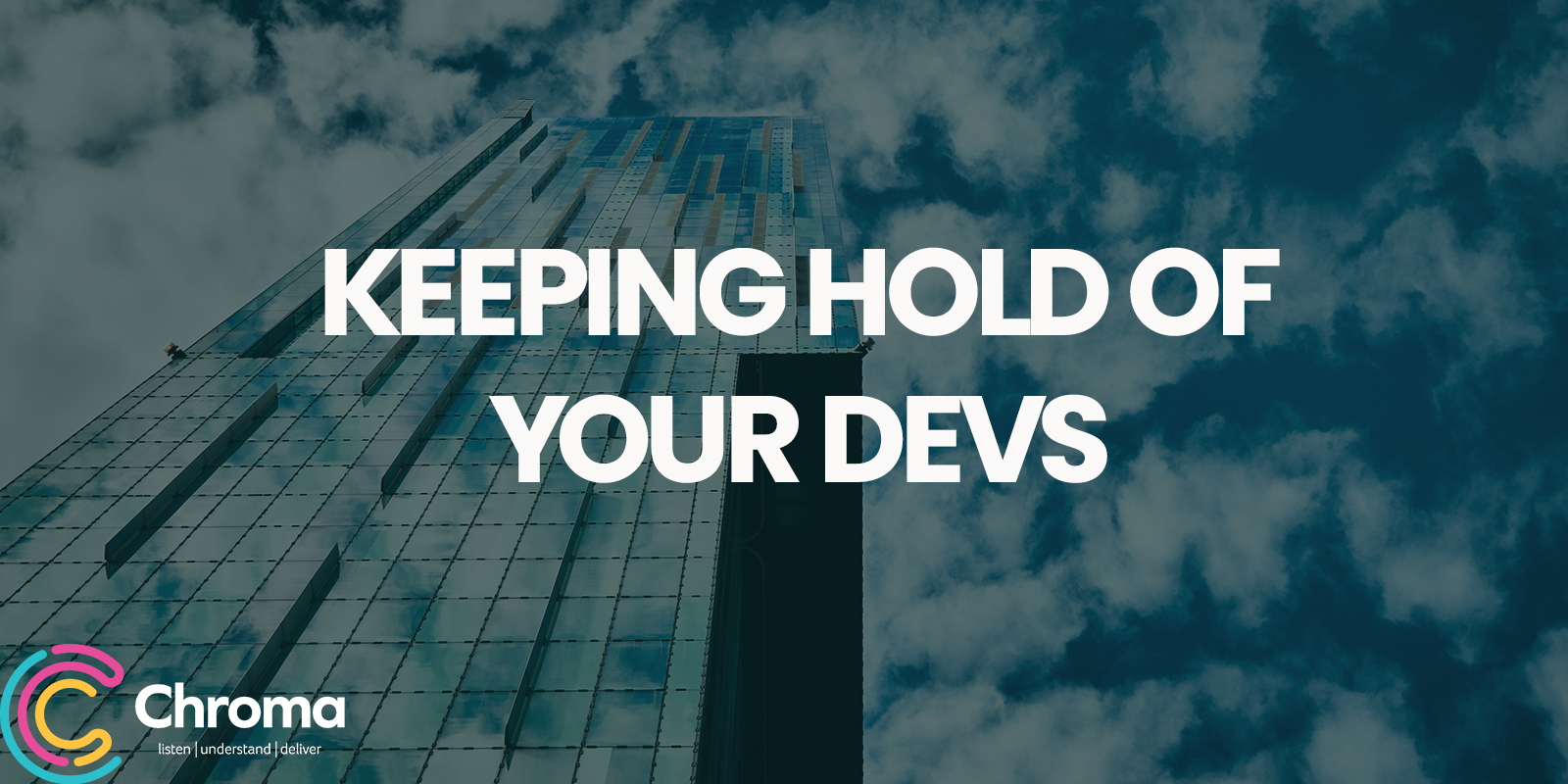 Keeping Hold of your Devs

One of the key criteria we wanted to investigate was what makes developers happy in their companies, and what keeps them there. If you can crack this, you’ll be keeping two steps ahead of your competition, and you’ll be a lot more profitable for it!

From our findings, there’s not a lot to separate the top four criteria. There is no one magic fix for keeping your development team intact, it comes down to a balance of factors that make the working environment a fun and rewarding place to be.

Company culture is also a key criterion to consider, with 26% voting this as the most important thing about their current employer. However, in contrast, only 7% ranked it in second place. It’s results like this that highlight the importance of listening to your team and what they value. What can be a make-or-break factor for some will matter relatively little to others.

Training and development were not rated as highly as we had anticipated, with only 15% voting it first and second collectively. However, we anticipate that this could be due to the self-starting nature of many successful developers, who are personally motivated to develop their own skills rather than relying on their employers for help or guidance.

Companies’ charitable contributions/community outreach were also not seen as a high-importance factor, and again we would assume this is due to charitable activity being seen as more of a personal issue, rather than a company responsibility.

So there you have it! From these results, we’re saying the three essential focus points for developer retention are:

If nothing else, dig into these factors when you’re bringing developers on board to make sure that all those three line up with their ambitions. Alongside this, don’t ignore your gut feeling on the cultural fit, or it could cost you!