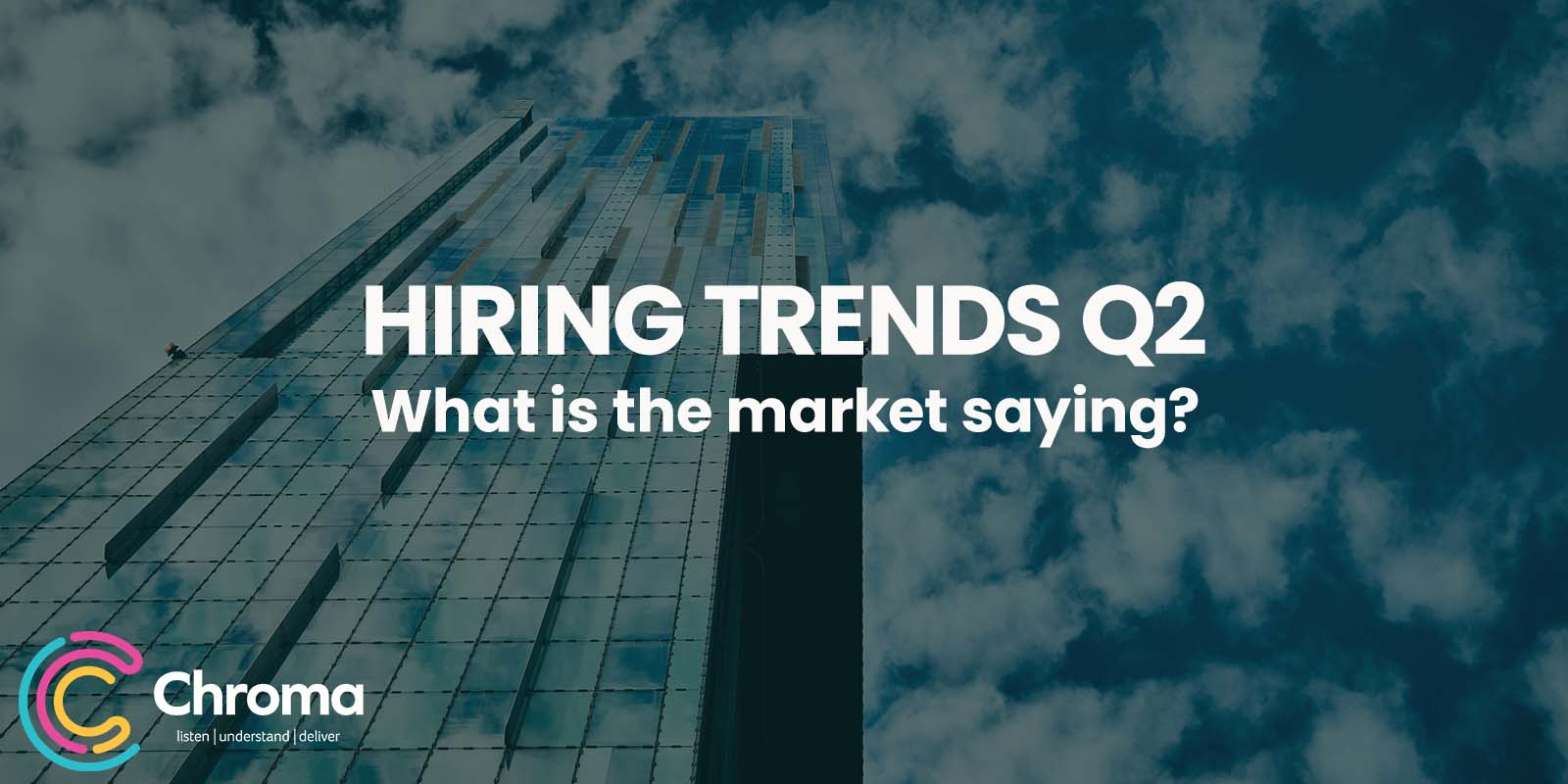 WHAT ARE WE SEEING?

We’ve also seen record levels of pay increases and counteroffers in both IT and Engineering markets. Permanent starters’ salaries and temp wages both rose at the sharpest rates in 24 years of data collection and a quarter of organisations report it’s more difficult to recruit staff as a result of Brexit. 30% of organisations say that talent is more difficult to retain compared with a year ago.

Across the UK, the North of England saw the steepest increase in permanent staff appointments in September. The proportion of employers planning to recruit in the three months to September 2021 has risen again to 69% and the number of job vacancies in July to September 2021 was a record high of 1,102,000.

The North West accounts for 9.4% of national vacancies, up from 8.7% last year with July and August proving to be record months for hiring in the North West, with activity in August up 133% year-on-year.

The North of England also saw the steepest rise in temp billings. 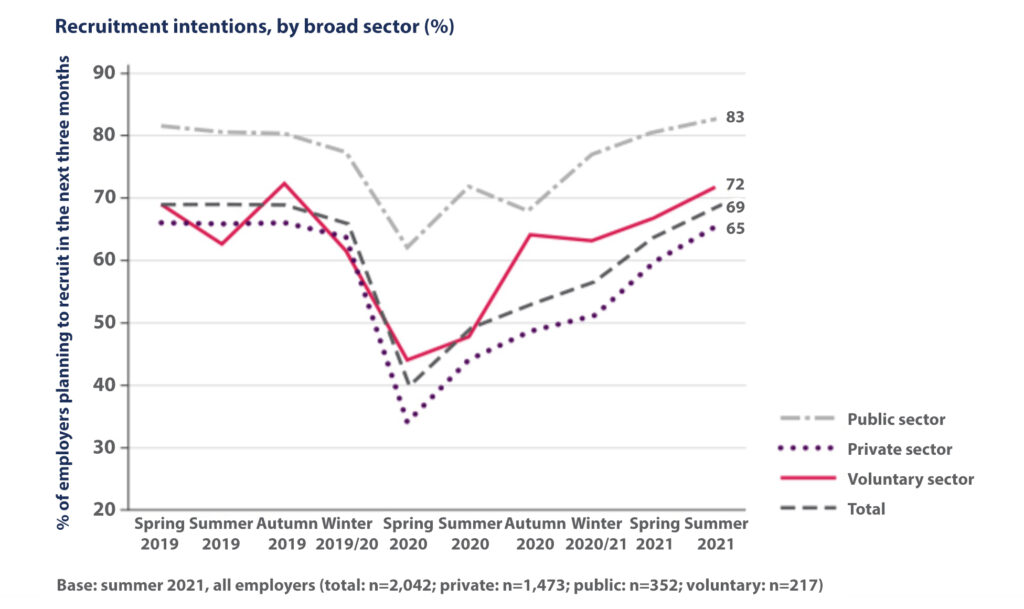 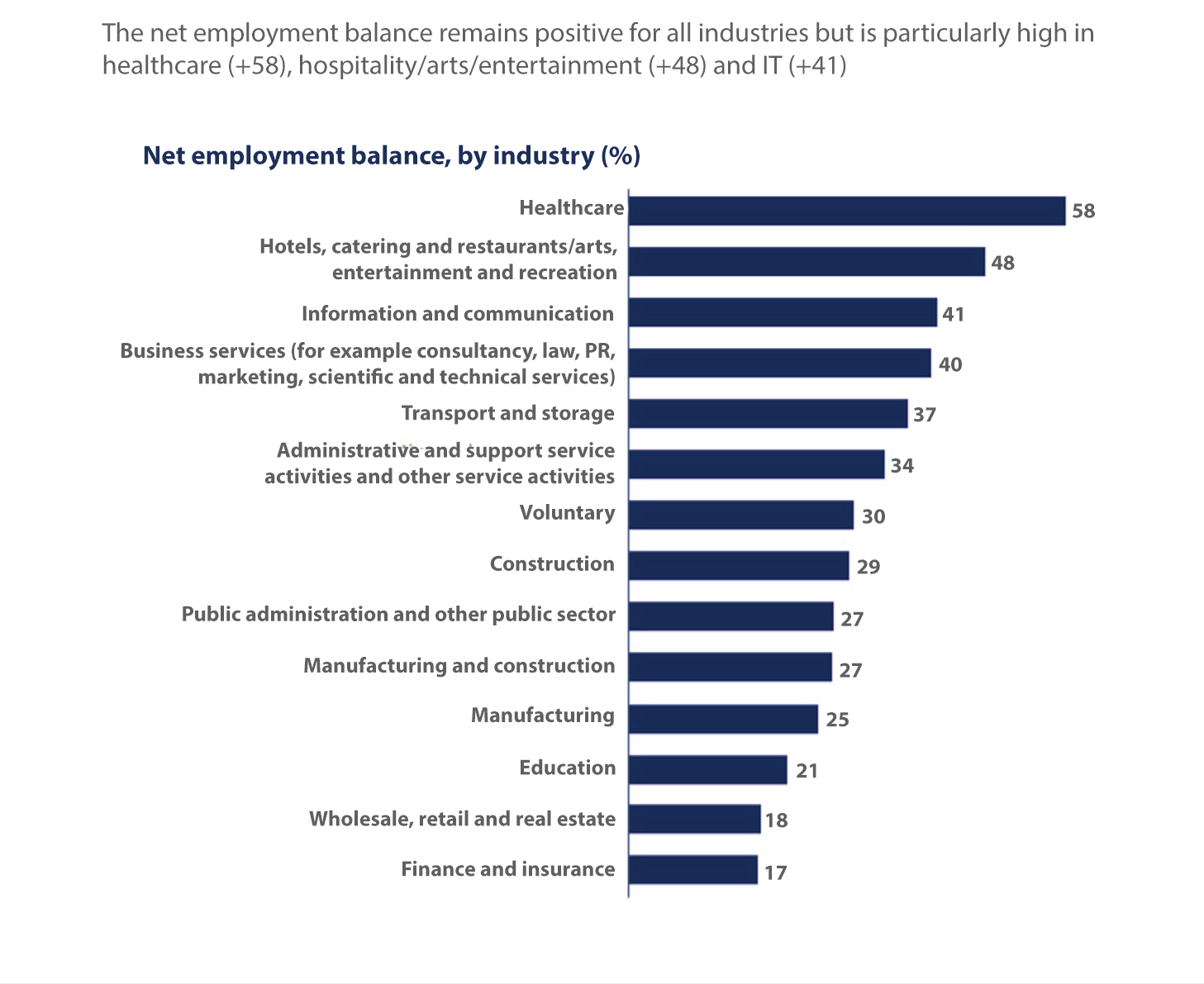 HOW IS THE NORTH WEST PERFORMING?

Manchester makes up the bulk of hiring activity in the North West, with the total proportion of vacancies at 49%, up from 47% in 2019.

Hiring demand up by 104% in 2020, which indicates Manchester is growing at a faster rate than the wider region. The single largest recruitment area in the city is Tech, with the sector now making up nearly 30% of all vacancies.

A 2020 report showed that Manchester was the fastest growing Tech Hub in Europe, with circa £527 million invested into Manchester-based tech companies.

Private sector job growth in Liverpool grew by 20% between 2013 and 2019. This made it one of only two locations, out of sixteen in the UK, to see such strong employment growth. IT remains the largest sector for roles in Liverpool, making up 16% of the total vacancies in the city.

Digital innovation has been a key theme, with Liverpool’s 5G Create Project supporting 5G-enabled healthcare and education applications for the local community.

This is part of a wider government-funded project to boost technology innovation in the UK.

RESPONSES TO THE TALENT SHORTAGE 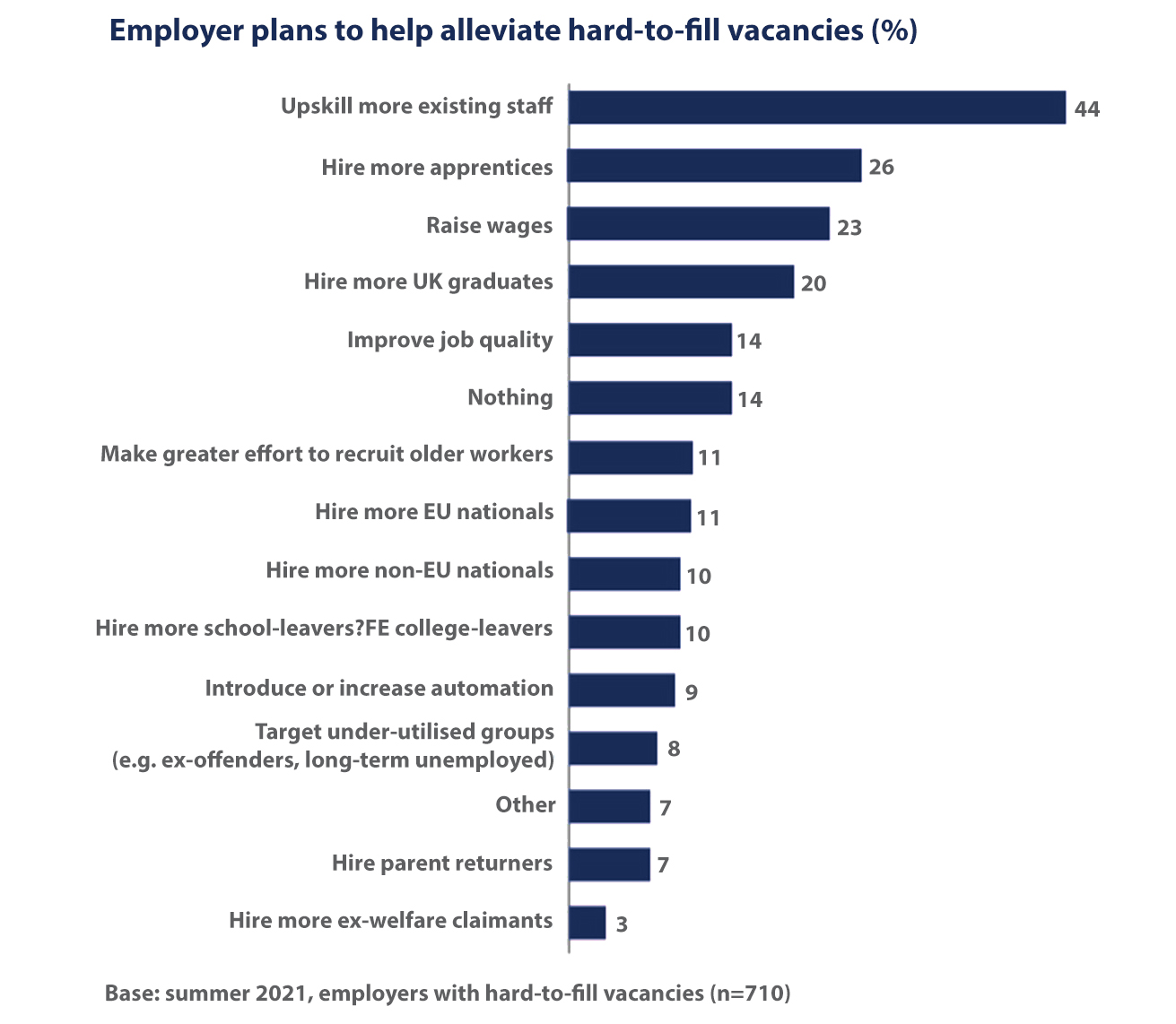 When asked how they would deal with hard-to-fill vacancies, the largest category of response was to upskill more existing staff (44%). 26% of businesses said they would hire more apprentices to combat the skills gap.