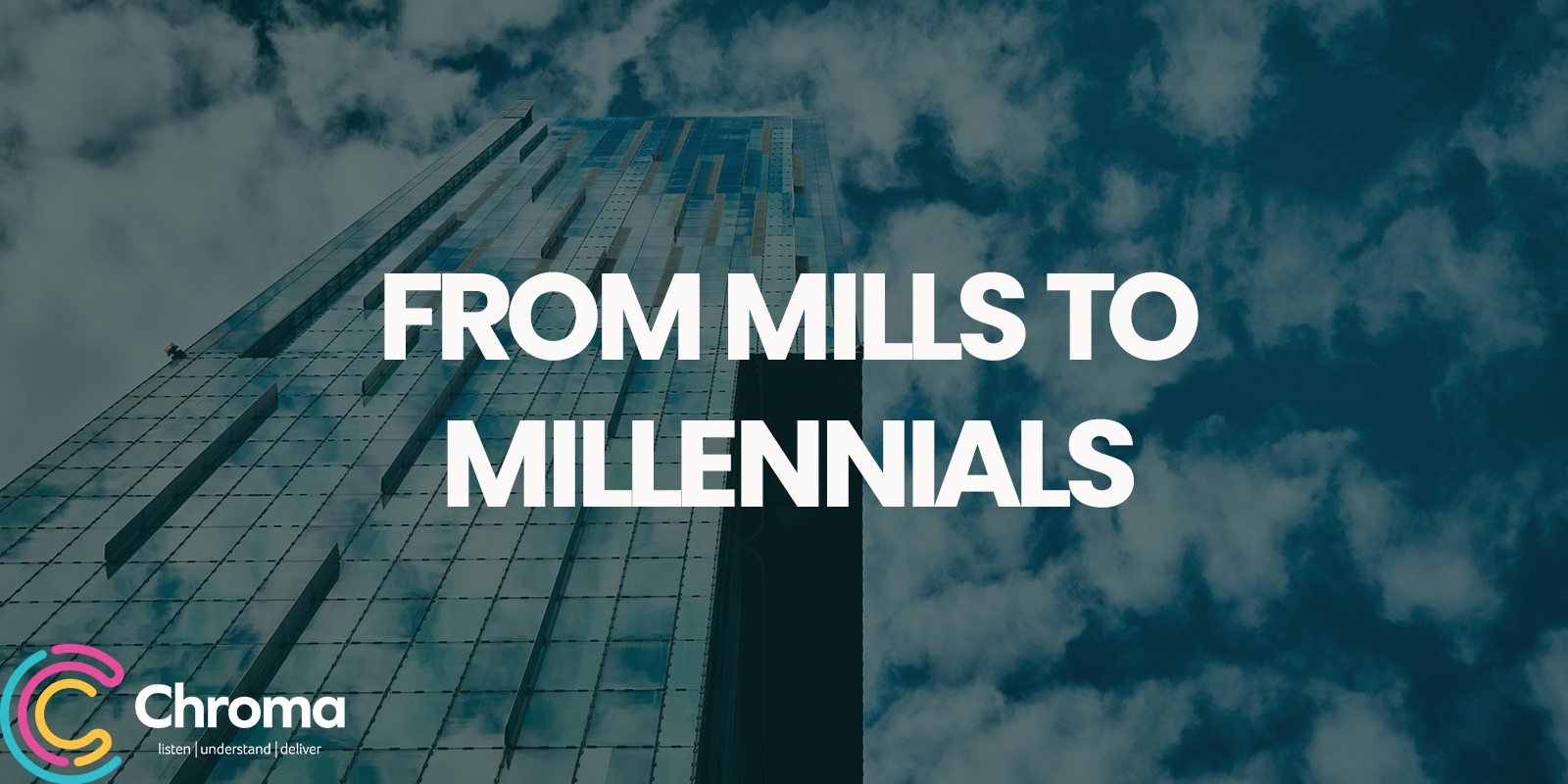 From Mills to Millennials

Manchester Fashion the past, present and future

We all know about Manchester’s industrial heritage which can be dated back to 1781 when Richard Arkwright opened the first steam-powered textile mill in the Shudehill area of the city. This number grew to a peak of 106 by 1853 with the term ‘Cottonopolis’ first used in 1870. Sadly, like all good things the boom came to an end with the last cotton mill being built in 1924, but this didn’t stop the trade in the city. Football fans will note that the red and blue factions joined forces in the 1960s when George Best and Mike Summerbee opened Edwardia on Bootle Street. Move forward to the late 1980’s / early 1990’s and we saw the birth of places like Afflecks Palace fueling fashion for the rave and grunge scenes.

The irony is that although the landscape has changed significantly with online retail sales ever growing, many of Manchester’s new wave of online retailers still call the area around Ancoats home. Boohoo are now seen as a genuine threat to the likes of ASOS and Topshop and still retain their roots in the city with their head office on Dale Street. With their recent acquisition of ‘Nasty Gal’ they are poised to crack the US market.

So, what does this growth mean to the tech scene in the city? A quick look across the social media accounts of the likes of Missguided, Pretty Little Thing and Boohoo shows that all these businesses have taken the decision to hire, train and develop their tech staff in Manchester and have built great environments to work in.

Whilst the future of the tech scene in Manchester looks rosy, buoyed by the new wave of online retailers it is important that supply keeps up with demand. As any tech recruiter or hiring manager reading this will know, there’s huge competition for the best tech talent in the city heightened by the perks and working environments being offered at the cities tech businesses. In order to meet this need it is important that the city continues to invest in the next generation of talent through schemes like the Manchester Tech Trust

Chroma Recruitment is a boutique consultancy based in the heart of Manchester that offers a truly unique recruitment experience. We pride ourselves on being a throwback to ‘proper recruitment’ rather than some of the larger KPI driven businesses. Want to know more? Follow us on LinkedIn and Twitter