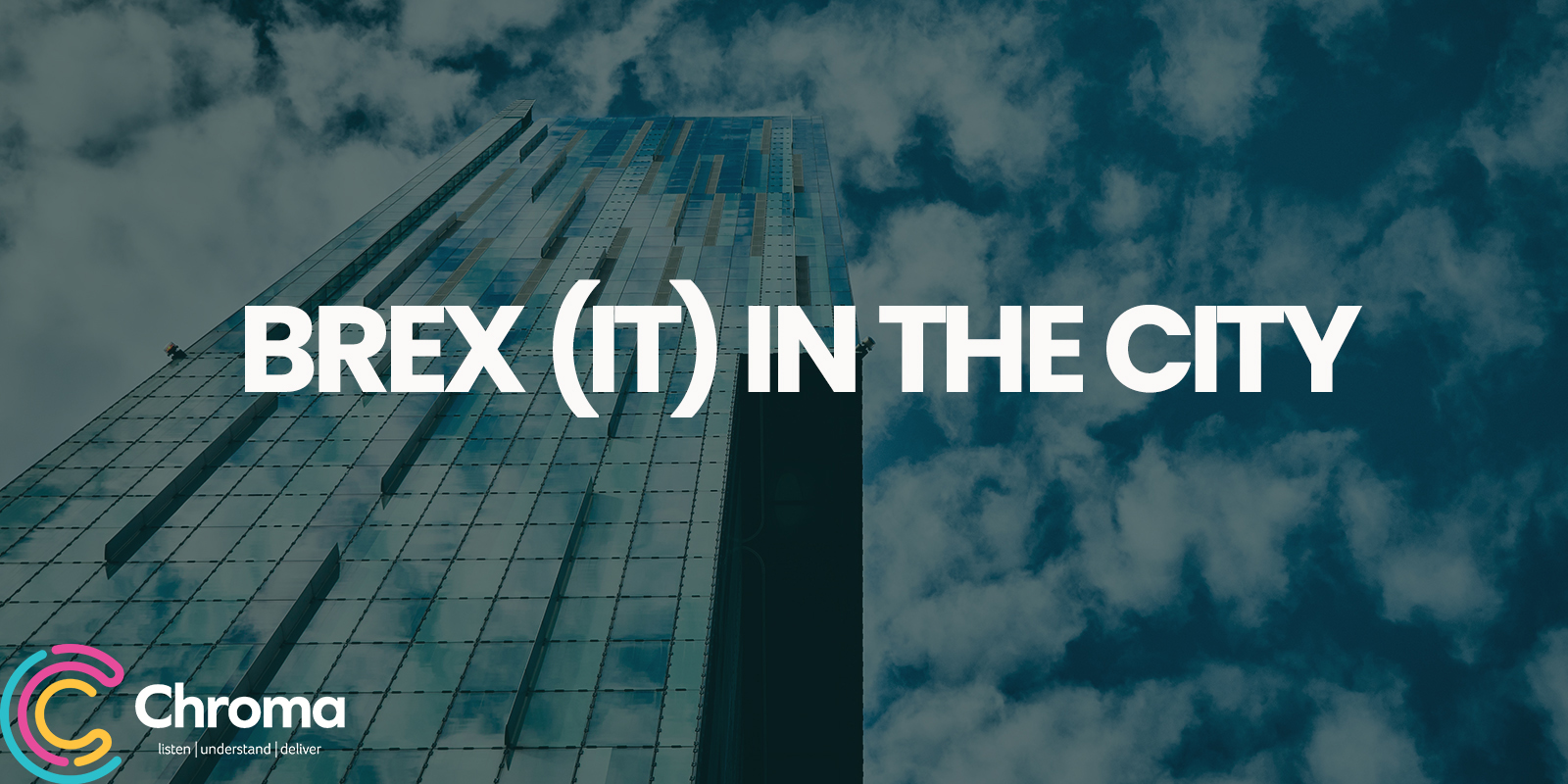 Brex (IT) in the City

I’ve been meaning to write this article for a while. At the time of the Brexit vote there seemed to be so much noise, projection and prediction that I decided to stay away. Our business was only 2 months old, and whilst part of me was fearful about what the future held, I also had that ‘typically British’ attitude of rolling my sleeves up and dealing with it. Now that Theresa May’s announcement of a snap election has thrust Brexit back into the spotlight, I thought there’s no better time for me to put some thoughts down on how this could effect the thriving tech scene in the city.

Anyone who knows me personally or professionally will be aware that I am a classic Mancunian / Greek Cypriot hybrid, from my football allegiances and my manc accent, to (occasional) fondness for chips and gravy or hummus and halloumi!) As the grandson of immigrants I’ve always been proud of how Britain, and in particular Manchester, has opened its doors and welcomed people of all cultures. My mother and father both ran shops in Manchester, and I used to love taking a stroll around the city and nearby suburbs and taking in all the other cultures, tastes and smells; whether it’s the second biggest China Town in the UK, the largest Jewish Community outside London or the thriving Curry Mile (soon to be renamed the Shisha Mile!).

One thing that is clear is that we currently have a massive skills gap, with demand for quality developers currently far outstripping supply. The skills gap is no secret, I distinctly remember reading an article back in 2015 where top CEO’s had highlighted it as a top concern, but little seems to have changed since then. Organisations like Northcoders and CoderDojo do a great job in trying to address this shortage for those who have a passion for coding, but it was particularly interesting to read about UK Fast launching its own digitally focused school this week. Surely giving all children the opportunity to try coding and have exposure to the latest technology is key to continuing our success in the future.

Impact of the Skills Gap

One of the changes I’ve noticed since doing ‘hands-on’ recruitment again when setting up Chroma has been that we’re in a high demand market. I’m speaking to developers who are three years out of university and commanding eye-watering salaries, indeed the average digital salary in the city is now £45,025. I’ve written previously about how tough the competition to retain and attract talent is, and I can only see this hotting up as businesses think of more innovative ways to keep hold of their prized assets.

This in itself can create problems in the future. For example, if we recognise we already have a small pool of talent in the city and the large employers continue to increase salaries, allow flexible working and offer an array of perks to suck up the best people, does this make the prospect of moving on and setting up their ‘next big idea’ startup less appealing? I think all but the most driven entrepreneurs have a point where they simply cannot afford to take the risk of leaving a secure job at a large company with all the benefits on offer.

Like most people I am wondering what will the future hold, as a business owner and father of two young children. We currently have 2.8m EU nationals working in the UK and whilst the Brexit Whitepaper repeatedly expresses the desire to secure the place of EU citizens in the UK (and UK citizens in the EU!) we have yet to reach an agreement with EU member states. As a recruiter who has worked in the industry for over 20 years I’m only too aware of the positive impact European workers are having on tech businesses in Manchester, as anyone that has tried to headhunt software developers can testify. My opinion is that it is the uncertainty itself that could hold us back in the short term, and with net migration down by 49,000 post-Brexit, European developers could start looking at other cities outside the UK.

As ever I’d love to hear your experiences on this subject as an employer, employee or contractor. We are based in the heart of Manchester, if you ever want advice on scaling your tech team or how to secure your next permanent or contract role in tech drop me a line to z.georgiou@chromarecruitment.com